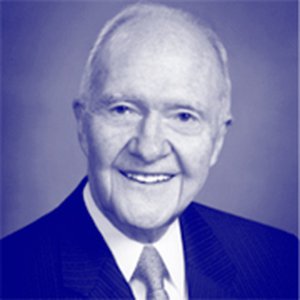 Brent Scowcroft has served five presidents, and is the only person to have served two presidents – Ford and Bush senior – as National Security Advisor. Both of these tours occurred during some of the most momentous times in our nation’s history. With the end of the Cold War, and the collapse of the Soviet Union, it was Brent Scowcroft who coined the term and laid the foundation for the “New World Order.”

From 1982 to 1989, he was Vice Chairman of Kissinger Associates, Inc., an international consulting firm. In this capacity, he advised and assisted a wide range of U.S. and foreign corporate leaders on global joint venture opportunities, strategic planning and risk assessment.

His prior extraordinary 29 year military career began with graduation from West Point and concluded at the rank of Lieutenant General following service as the Deputy National Security Advisor. His Air Force service included Professor of Russian History at West Point; Assistant Air Attache in Belgrade, Yugoslavia; Head of the Political Science Department at the Air Force Academy; Air Force Long Range Plans, Office of the Secretary of Defense International Security Assistance, Special Assistant to the Director of the Joint Chiefs of Staff and Military Assistant to President Nixon.

Out of uniform, he continued in a public policy capacity by serving on the President’s Advisory Committee on Arms Control, the Commission on Strategic Forces and the President’s Special Review Board, also known as the Tower Board. He currently serves on numerous corporate and non-profit boards.

He earned his Masters and Doctorate in International Relations from Columbia University.