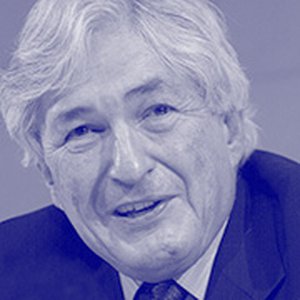 Mr. Wolfensohn was the ninth president of the World Bank Group (since 1995). On May 31, 2005, at the end of his second term, he left office and assumed the post of Special Envoy for Gaza Disengagement for the Quartet on the Middle East, a position he served until April 30, 2006. In this role, he helped coordinate Israel’s planned withdrawal from the Gaza Strip and spearheaded reconstruction efforts as Palestinians assumed sovereignty over the area. Mr. Wolfensohn is also Chairman of the advisory group of the Wolfensohn Center, a new research initiative focused on global poverty, at the Brookings Institution.

Mr. Wolfensohn was the third president in the World Bank’s history to be reappointed for a second five-year term by the Board of Executive Directors. As President of the World Bank, he travelled to more than 120 countries in order to pursue the challenges facing the World Bank in regard to poverty and environmental issues. He led successfully initiatives on debt reduction, environmental sustainability, anti corruption programs, and AIDS prevention and treatment. He developed activities on religion and culture and decentralised offices overseas linked by the most modern telecommunications system in the international community.

Prior to joining the Bank, Mr. Wolfensohn was an international investment banker. His last position was as President and Chief Executive Officer of James D. Wolfensohn, Inc., his own investment and corporate advisory firm set up in 1981 to work with major U.S. and international corporations. He relinquished his interests in the firm upon joining the World Bank.

Before setting up his own company, Mr. Wolfensohn held a series of senior positions in finance. He was Executive Partner of Salomon Brothers in New York and head of its investment banking department. He was Executive Deputy Chairman and Managing Director of Schroders Ltd. in London, President of J. Henry Schroders Banking Corporation in New York, and Managing Director of Darling & Co. of Australia.

Throughout his career Mr. Wolfensohn has also closely involved himself in a wide range of cultural and voluntary activities, especially in the performing arts.

He has served as Chairman of the Board of the Institute for Advanced Study at Princeton University for the last 18 years.

In 1970, Mr. Wolfensohn became involved in New York’s Carnegie Hall, first as a board member and later, from 1980 to 1991, as Chairman of the Board, during which time he led its successful effort to restore the landmark New York building. He is now Chairman Emeritus of Carnegie Hall.

In 1990, Mr. Wolfensohn became Chairman of the Board of Trustees of the John F. Kennedy Center for the Performing Arts in Washington, D.C. On January 1, 1996, he was elected Chairman Emeritus.

Mr. Wolfensohn has been President of the International Federation of Multiple Sclerosis Societies, Director of the Business Council for Sustainable Development, and served both as Chairman of the Finance Committee and as Director of the Rockefeller Foundation and of the Population Council, and as member of the Board of Rockefeller University.

He is an Honorary Trustee of the Brookings Institution, a member of the Council on Foreign Relations and the Century Association in New York.

Born in Australia in December 1933, Mr. Wolfensohn is a naturalized U.S. citizen. He holds B.A. and LL.B. degrees from the University of Sydney and an M.B.A. from the Harvard Graduate School of Business.

Before attending Harvard, he was a lawyer in the Australian law firm of Allen, Allen & Hemsley.

Mr. Wolfensohn served as an Officer in the Royal Australian Air Force, and was a member of the 1956 Australian Olympic Fencing Team.

In May 1995 he was awarded an Honorary Knighthood by Queen Elizabeth II for his contribution to the arts. Mr. Wolfensohn has also been decorated by the Governments of Australia, Belgium, Brazil, France, Japan, Germany, Georgia, Mexico, Morocco, The Netherlands, Norway, Peru, Pakistan and Russia.

He and his wife, Elaine, an education specialist and a graduate of Wellesley, B.A., and Columbia University, M.A. and M.Ed., have three children: Sara, Naomi, and Adam.