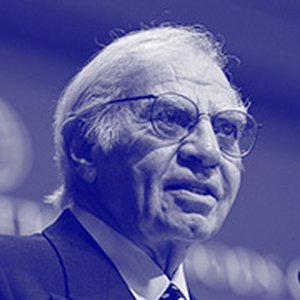 Before joining Morgan Stanley, he was the Chief Operating Officer of the Federal Reserve Bank of New York, where he also served as an Alternate Member of the Federal Open Market Committee. He was the Fed’s principal contact with the OPEC countries with regard to petrodollar issues in the 70’s. During his transition from the Fed to Morgan Stanley, at the request of David Rockefeller, he served as a pro-bono financial advisor to President Sadat of Egypt.

Through his consulting firm, R.A. Debs & Co., formed after he retired as president, Mr. Debs has been involved in variety of business and philanthropic activities. Among other business associations, he has served as Chairman of the Malaysia Fund; as a Director of IBJ Whitehall Bank, Mizuho Corporate Bank (USA), Aubrey G. Lanston & Co., Mizuho Securities USA, and Gulf International Bank (London); and as an advisor to the Industrial Bank of Japan, Dai-Ichi Mutual Life Insurance Company, the Nissho-Iwai Corporation, and Bank Julius Baer.

He is past Chairman and a member of the New York Stock Exchange International Committee; the U.S. Chairman of the Bretton Woods Commission; the Vice Chairman of the U.S. – Saudi Business Council; and a member of the Group of Thirty and Chairman of its Study Group on Eastern Europe. He has served on the National Commission on the Public Service, the Carnegie Commission on the Role of the Multinational Development Banks, the Russian-American Bankers Forum, and the Board of Governors of the Foreign Policy Association; and on advisory committees of the Federal Reserve Bank of New York; the World Bank; the International Monetary Fund; the European Bank for Reconstruction and Development; as well as visiting committees of Princeton, Harvard, and Columbia Universities. He is a member of the Council on Foreign Relations; the Overseas Development Council; the Economic Club of New York; the American Council on Germany and the Japan Society.