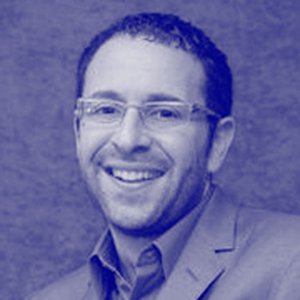 Daniel Levy is the President of the U.S. / Middle East Project. From 2012 to 2016, he was Director for the Middle East and North Africa at the European Council on Foreign Relations. Prior to that he was a senior Fellow and Director of the New America Foundation’s Middle East Taskforce in Washington DC and a Senior Fellow at The Century Foundation. Earlier he worked as an analyst for the International Crisis Group’s Middle East Programme.

Daniel Levy was a Senior Advisor in the Israeli Prime Minister’s Office and to Justice Minister Yossi Beilin during the Government of Ehud Barak (1999-2001). He was a member of the official Israeli delegation to the Israel/ Palestine peace talks at Taba under Barak and at Oslo B under Yitzhak Rabin (1994-95), as well as being lead drafter of the model peace agreement (“Geneva Initiative”).

Levy is a Trustee of the Rockefeller Brothers Fund in New York, a Council Member of the European Council on Foreign Relations and serves on the board of the European Middle East Project. He was a founder of J Street and was a founding Board member of Molad – the Center for the Renewal of Israeli Democracy.

Levy was a founding editor of the Middle East Channel at foreignpolicy.com and is a regular Middle East commentator on TV and radio, including with BBC, CNN, and Al Jazeera, and has been published in various outlets among them the NYT, FT and Guardian.