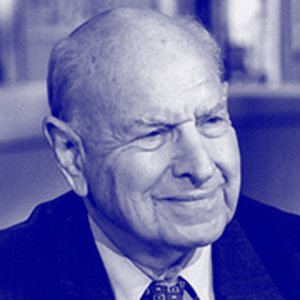 Thomas R. Pickering, currently Vice Chairman at Hills and Company which provides advice and counsel to a number of major US enterprises, retired as Senior Vice President International Relations and as a member of the Executive Council of The Boeing Company on July 1, 2006. He served in that position for 5 and one half years. He was responsible for The Boeing Company’s relations with foreign governments and the company’s globalization.

Pickering joined Boeing in January 2001, upon his retirement as U.S. Under Secretary of State for Political Affairs where he had served since May 1997. Prior to that, he was briefly the president of the Eurasia Foundation, a Washington-based organization that makes small grants and loans in the states of the former Soviet Union .

Pickering holds the personal rank of Career Ambassador, the highest in the U.S. Foreign Service. In a diplomatic career spanning five decades, he was U.S. ambassador to the Russian Federation , India , Israel , El Salvador , Nigeria , and the Hashemite Kingdom of Jordan. Pickering also served on assignments in Zanzibar and Dar es Salaam , Tanzania .

From 1989 to 1992, he was Ambassador and Representative to the United Nations in New York . He also served as Executive Secretary of the Department of State and Special Assistant to Secretaries William P. Rogers and Henry A. Kissinger from 1973 to 1974.

Pickering entered on active duty in the U.S. Navy from 1956-1959, and later served in the Naval Reserve to the grade of Lieutenant Commander. Between 1959 and 1961, he was assigned to the Bureau of Intelligence and Research of the State Department and later to the Arms Control and Disarmament Agency, and from 1962 to 1964 in Geneva as political adviser to the U.S. Delegation to the 18-Nation Disarmament Conference.

In 1983 and in 1986, Pickering won the Distinguished Presidential Award and, in 1996, the Department of State’s highest award – the Distinguished Service Award. He is a member of the International Institute of Strategic Studies and the Council on Foreign Relations. He speaks French, Spanish and Swahili and has some fluency in Arabic, Hebrew and Russian.