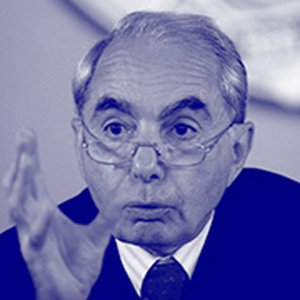 Professor Amato is since 2013 a Judge of the Italian Constitutional Court. He was a Full Professor of Comparative Constitutional Law at the University of Rome from 1975 to 1997. He was a part-time professor at the EUI in Florence and gave yearly seminars at the Law School at the Columbia University, New York. He is a former member of the Chamber of Deputies and former Minister of Interior in the Government of Italy; Professor Amato was the prime minister of Italy on two occasions, Treasury Minister and Vice-President of the Convention on the Future of Europe.

From 1994 to 1997, he headed the Italian Antitrust Authority. He has written books and articles on the economy and public institutions, antitrust, personal liberties, federalism and comparative government. In 2002, he was elected Honorary Fellow of the American Academy of Arts and Sciences.

Center for American Studies in Rome