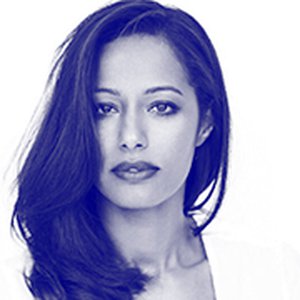 Rula Jebreal was born in Haifa, Israel, and grew up in East Jerusalem. Her father brought her to the Dar Al Tifel orphanage at the age of 5 after the death of her mother, where she studied and graduated with a scholarship from the Italian government to study medicine. She received a degree in physiotherapy from Bologna University, but went back to school there for a second degree in journalism and political science. Jebreal immediately began working for such newspapers as Il Resto del Carlino, Il Giorno e La Nazione and Il Messaggero. Her area of expertise is foreign affairs related to the Arab Israeli conflict and the uprising of Islamic movements, having lived at the center of it for so many years in East Jersualem.

In 2000, the combination of her strong personality and charisma led to her first job as an on-air reporter, and she quickly became the first foreign anchorwoman broadcasting the 8pm news in the history of Italian television.

Jebreal worked with several television stations in Italy hosting her own political talk shows, including Rai 1, Rai 2 and Rai News 24, and created a special for Channel 7 in Italy about the international moratorium against the death penalty. In 2004, Jebreal was awarded her first prize from Media Watch for her courage in covering the Iraqi war. In 2005, she received the International Ischia Award for Best Journalist of the Year, Europe’s most prestigious broadcast journalism award.

In 2006, Jebreal co-presented Anno Zero, the most important and controversial political television show in Italy, together with Michele Santoro.

She produced and hosted a TV show in Egypt for Egyptian television in 2009 where she interviewed influential people like the Lebanese author Elias Khoury, the minister of finance, Youssef Boutros-Ghali and the minister of trade and economy Rashid Mohamed Rashid. This show was acclaimed as the most independent in the history of Egyptian television.

She has written three books, Miral, La promise d’Aswan, which obtained the International Fenice Europe Prize, and Divieto di Soggiorno, a study on the history of immigration in Europe. Her novel Miral has sold over 2 million copies, and is published in 14 languages. Jebreal wrote the screenplay for the 2011 film directed by Julian Schnabel, which was the first film ever to premiere at the General Assembly Hall of the United Nations.

Jebreal speaks Italian, English, Arabic, and Hebrew fluently. She lives in New York City, where she is currently finishing her fourth book.